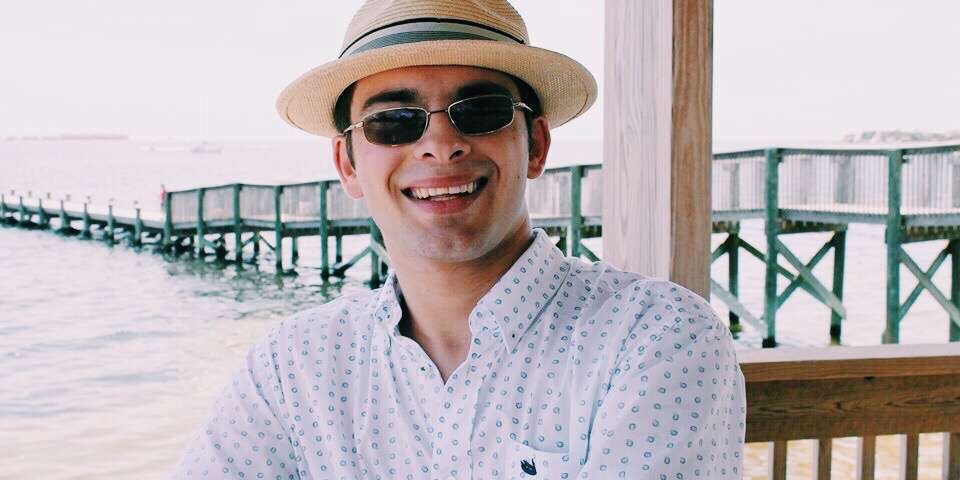 Jack Grimley, a triplet, and the only boy, was born in New Orleans, Louisiana on July 8, 1998. Jack fell in love with music at an early age. When Jack was young, he found himself listening to his parent’s collection of ’60s, ’70s, and ’80s music from the likes of Elton John, James Taylor, and the Eagles. Jack’s love for music morphed into a love for singing and instruments. Jack has been singing for as long as he can remember, and he taught himself how to play the guitar, keyboard, and bass.

At the age of 8, Jack was diagnosed with Asperger’s Syndrome. Jack states that the biggest challenge he experienced related to his diagnosis was with the “hidden” messages within the nonverbal aspects of communication. Jack has difficulty interpreting things like sarcasm and body language. Middle school is uncomfortable and awkward for many kids, but Jack’s desire to connect with his peers, coupled with the significant challenges he faced with everyday social skills, made life for Jack very painful. He tells us that he also had strong, and often obsessive interests that ranged from music to history and politics.

During middle school, Jack’s parents made the decision to enroll him at the East Hill Academy, a local school that has a curriculum that includes targeting behaviors and social skills for students on the autism spectrum. Jack was able to develop the skills that helped him transition into a thriving student at Pensacola Catholic High School where he quickly became the Resident Rockstar and performed at school-wide assemblies, became manager of the baseball team, and was elected Homecoming King by his teachers and classmates. At Catholic High, Jack was able to create an atmosphere of acceptance within his school and with his fellow peers. The camaraderie that Jack created lasted until his graduation in May 2017, and he continues to enjoy many of the friendships that were formed at CHS. Jack says that he was very fortunate to have had the constant support from the teachers at Catholic High School that made a big impact on his life by encouraging him to use his strong interests and talents as a guide for choosing a career.

After high school, Jack attended PSC from August 2017 to May 2019. Jack received his A.A. and went on to become a semi-professional musician performing solo, and with his band. Jack has entertained many people during “gigs” at local places including Seville Quarter and The Fish House. He has also been hired to showcase his talent and performing abilities at private parties, special events, and weddings. In January of 2018, Jack began working as a file clerk at the law firm of Whibbs, Stone, and Barnett PA. In addition to his job as a clerk, Jack became a student at The University of West Florida this past August. Jack is Majoring in History with a Minor in Education. Jack expects to graduate in the Spring of 2021. Following graduation, Jack plans to teach History with the added bonus of continuing his “Rockstar” career on the weekends and during summer months.

Jack spent four summers with Autism Pensacola as a camper at Kids For Camp. Jack has performed at the API Connecting the Pieces Gala on five separate occasions and also sang the National Anthem for various API events such as Autism Night at Blue Wahoos, Steps for Autism 2017, and Autism Night for the Ice Flyers this past March. Jack states: “The involvement in API throughout the years has opened my eyes to the variant nature of the autism spectrum and the large and active autism community in Pensacola. Both of these things gave me the motivation to not let the condition define me or become a crutch/excuse for all of  life’s problems, to help create the necessary atmosphere of acceptance for the autism community in our society, to encourage others to embrace people on the spectrum, and to demonstrate that it is possible to emulate my success with a ‘victor-over-victim’ mentality, a solid social support system, hard work, and good decisions.”

Finally, Jack says that he is so grateful for his solid upbringing. It taught him the values of hard work, self-reliance, and determination. He is also grateful for his friends, family, and fans who have supported him along the way. Autism Pensacola is grateful to know and love our favorite local Rockstar, Jack Grimley- and we can’t wait to see the amazing things he will continue to do!

Click on these links to get to know Jack even more. If you’d like to contact Jack for your own special event, he can be reached at

by Mary McClellan, Executive Director Autism Pensacola One morning last week, I went into the office

DESIGNED BY IDGROUP • CRAFTED BY HAIL STUDIO
HOSTED BY CLEVEROGRE